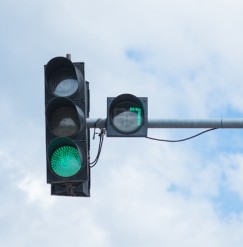 The Liberal National Government has announced traffic signal enhancements to be installed at more than 40 Perth intersections.

“Countdown timers replace the ‘flashing red man’ at traffic signals and let pedestrians know exactly how many seconds are left to cross the road.

“This will inform pedestrian judgment before crossing to maximise safety and reduce traffic delays for drivers.”

“A key objective of the State Government’s TCMP is to make the most out of existing infrastructure – modifications to traffic signals can improve pedestrian safety and traffic flow at relatively small cost,” the Minister said.

Installation of the additional countdown timers, flashing yellow ‘caution’ lights and right-turn filtering is expected to be completed by June 2017.